Campylobacter - The Topic That Won't Go Away 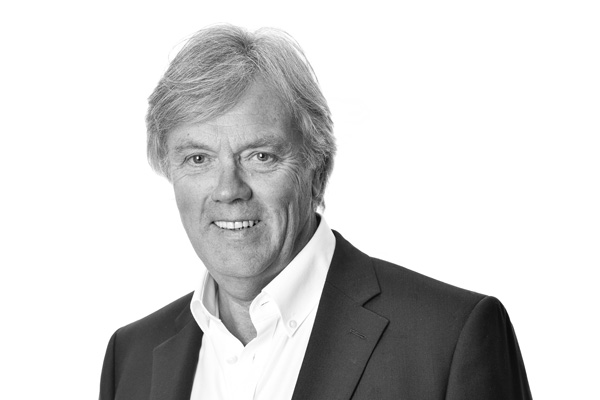 In order to lead the way in our mission to support food manufacturers with the safe production of food, in a safe environment, we partner with leading technology providers, such as Byotrol.

We've reached out to Trevor Francis, the Chief Technical Officer for the company to find out what makes them such a good match for Needlers, and our customers. Leading with a subject that is close to all our food factories, here's what Trevor had to say...

"I’m Trevor, the CTO for Byotrol. From time to time, when I’m not leading our R&D teams on a range of innovation projects, I get involved in how to solve some of the more difficult industry food contamination problems.

Campylobacter is certainly in that class, and as a way to help Needlers get across to its customers a summary of the type of work that Byotrol has done - quite technical but hopefully in a layman’s language - I wrote this blog! Please enjoy!"

The topic on that won’t go away!
Campylobacter is firmly at the top of the agenda for the food industry and the Food Standards Agency (FSA). It’s the most common cause of food poisoning in the UK with an unacceptably high public health burden. The main responsibility for addressing this rests with the food industry.

But it’s only by pooling knowledge and capabilities will industry, government and public health bodies working together reduce the incidence of Campylobacter food poisoning in the UK.

What is it?
Campylobacter is the most common cause of food poisoning in the UK. Developing a few days after consuming contaminated food, symptoms include abdominal pain, severe diarrhoea and, sometimes, vomiting, lasting for up to 10 days and affecting small children and the elderly more severely.

In some cases, it can have a permanent affect. There were more than 72,000 confirmed lab reports of people suffering from Campylobacter poisoning last year. Most of them survived, but not all.

The FSA continues to analyse the full impact that Campylobacter has, but previous estimates have indicated that it causes more than 100 deaths a year, and costs the UK economy about £900 million.

The challenge for the food industry

Campylobacter is part of the normal flora of the gastrointestinal tracts of poultry and contamination of retail poultry occurs during processing. Campylobacter requires a reduced oxygen atmosphere (anaerobic), is unable to grow at temperatures below 30°C and is susceptible to various environmental and food processing-induced stressors.

Where is management of it most important?
About 80% of Campylobacter poisoning in the UK comes from contaminated poultry. When raw chicken is contaminated with Campylobacter, handling it or washing it can transfer the bacteria to multiples surfaces, increasing the risk of exposure as can eating undercooked poultry.

There are two approaches to tackling Campylobacter poisoning

Byotrol worked with scientists at Leahurst Campus, School of Veterinary Science, University of Liverpool to identify the long-lasting performance of Byotrol against Campylobacter jejuni vs alternative technologies of peracetic acid/ hydrogen peroxide and the control of water.

The study was performed on plastic substrate, representing chicken crates in poultry processing. Twenty-four hours after product application and three abrasive wear cycles, Byotrol achieved a >4 log10 reduction. The peracetic acid and peracetic acid/hydrogen peroxide formulations did not display notable residual antibacterial activity and as a result did not reduce the C. jejuni challenge sufficiently.

The purpose of this study was to evaluate a Byotrol formulation as a potential coating for impeding biofilm formation on medical devices. Byotrol was tested against Pseudomonas aeruginosa, a difficult pathogen to kill and which has been found to co-exist in a mixed-species biofilm with Campylobacter jejuni in food-environments .

Byotrol was found to display an impressive antimicrobial activity against Pseudomonas aeruginosa both in suspension and applied as a leave on surface treatment. It was noted that pre-treating with Byotrol may significantly disrupt biofilm formation and prolong the lifetime of the device.

Protect the full process
Biocides and hygiene in the food chain are not silver bullets for Campylobacter. From farmers and producers to slaughterhouses and processors, retailers, caterers, consumers and local government partners, everyone has a role to play in Campylobacter management.

The positive benefit that Byotrol brings is that it provides both a broad-spectrum efficacy against food pathogens including Campylobacter as well as an “academically researched” proven long-lasting performance against Campylobacter in its isolated state and in biofilm.

Dr Trevor Francis, Chief Technology Officer, Byotrol. Trevor is an ex-Vice President of Global R & D at Unilever with over 28 years in various roles in Research and Development and Manufacturing.

Trevor left Unilever in 2005, establishing his own technology consultancy company TecnoForm Associates Ltd. This led him to working with Byotrol plc, an AIM-listed SME that develops antimicrobial technologies for the Food, Healthcare, and Consumer industries. Trevor was appointed to the Executive Board in the second half of 2014.

Byotrol, alongside commercialising their own technology, work with industry on key issues such as Campylobacter, QAC MRLs and are active participants in key educational programmes with SOFHT, FSA and Campden BRI amongst others. Trevor was asked by Needlers to write this blog having led research programmes on Campylobacter and biofilms. He shares his views here.